From Kyoto! The novel “~Hannari Kyoto~Otori Danshi JYOKA KODEN”, which depicts the activities of the god of the road, will be released on June 10th! PV is also released for the first time!

The original production committee for “Otori Danshi “, which we represent, is a story and novel “~Hannari Kyoto~Otori Danshi JYOKA KODEN” unfolded by the gods of the road “TOORIGAMI” set in Kyoto. Will be released nationwide from Futabasha Co., Ltd. on Thursday, June 10, 2021. We will also release an official promotional video prior to the release of the novel. 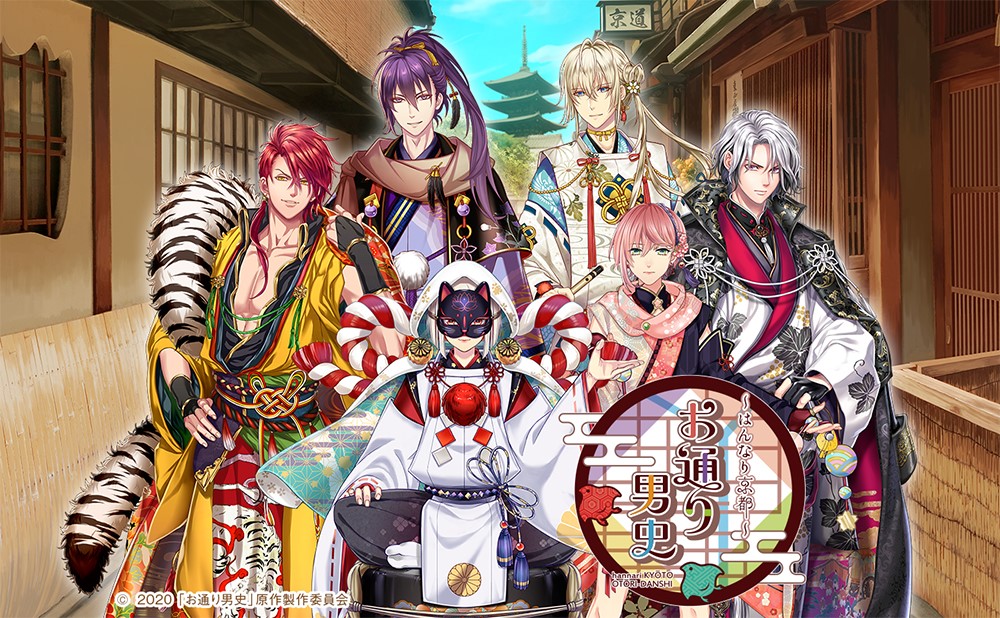 “Otori Danshi” is an original character content set in Kyoto.
Roads are known as “TOORI” in Kyoto, and the culture of explaining places based on the TOORI is rooted.
Focusing on this culture, this work is a story that depicts the activities of the street gods who pray for the well-being of the streets by characterizing them as “street gods”. New gods are appearing all over the city of Kyoto.
In addition, we are expanding a wide range of activities such as collaboration between this work and traditional crafts in Kyoto, and active tie-ups with local facilities and companies.

■ What is the novel “~Hannari Kyoto~Otori Danshi JYOKA KODEN”?
Roads are made by people’s walk, and God dwells on the road without people knowing it.
Kyoto is an ancient city that fascinates many people. There was a god called “TOORIGAMI” on the historical roads that spreads like a grid. Their world “Miyako” is a two-sided relationship with the real Kyoto. However, in recent years, human malice and disappointment have become “Yodo” and have accumulated in the roads, and their memories and Kyoto are being adversely affected. Realizing that the prayers of the gods alone cannot exorcise the starch, they find a person, “Kannagi,” who can “see” them, and will revive the old ritual for the future of Kyoto. The story of “TOORIGAMI” and “SHINWA” set in the streets of Kyoto is about to begin!

■Official promotional video released
We have created an official video to let you know the world view of Otori Danshi more widely.
With the original music written for the video and the narration by voice actor Toshiyuki Morikawa, we invite you to the world of Otori Danshi.

■ Novel release campaign
In commemoration of the release of the novel “~Hannari Kyoto~Otori Danshi JYOKA KODEN”, we are planning to hold a sales promotion campaign linked with a bookstore and a collaboration event in Kyoto city. After that, the information will be released on the website accordingly, so please check it out.